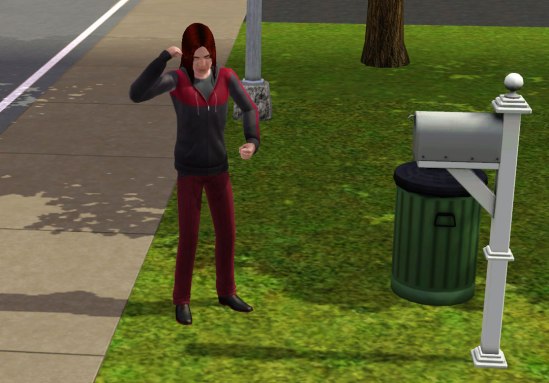 I purchased the Pets expansion to my old Sims 3 just to surprise my daughter with cute kittens. I tried how it works, aaaaand I was hooked again.

I already played a couple of games and almost got bored, until I finally decided to give a chance for the mods. And wow. They really improve the game.

Finally after some testing around, I felt like I would be interested in participating in the somewhat official Legacy Challenge. I’m pretty sure already that I will end up breaking some of the rules, but I really like these guidelines. I just want to experience the game a bit different once again. I don’t think I’ll be counting the points either.

This post will not include the actual story yet, just the preparations. Part two starts the story of William Atarnus, aspiring acrobat.

I have the following expansions:

I usually play with the long life settings, and I’ve made the seasons longer too. But I cranked the setting back to normal for the challenge. The long lifetime is a bit too long, and the normal one is a bit too short, I already should have been using custom settings, but I’ve been lazy.

I play in Finnish. My daughter isn’t fluent in English and truth be told, the localized version is even funnier than the original. The translations are awesome.

All these years I hadn’t noticed that there was a free download town. Now I found out, and got Riverview for the purpose of this challenge. 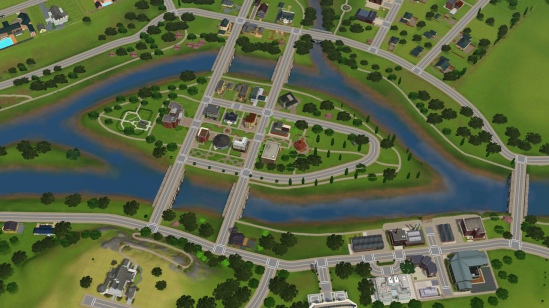 Because the localization seriously screwed up the street names, I really had no idea what was the recommended address. So I just picked a place, it’s the lower of the empty lots in upper right corner. The lot prices have changed anyway, and I needed to manually remove a huge lump of money to be able to start with the agreed 1,3k simoleon.

Already some of these mods can be considered as cheats. Learning recipes for example makes cooking achievements easier and saves money. Then again I intentionally upped the bills and added cost to quick meals to make them seem more authentic and balance things out.

I also tried out a relationship tuner, but I wasn’t sure if it worked with the Nraas mods, so eventually I removed it.

Then of course I picked up some different hairstyles and make up. I love playing male characters, and they really have so little variety originally. Also, after I decided to turn on male pregnancy, I had to pick up the package for the male pregnancy clothes.

Besides enabling male pregnancy, I adjusted a bunch of things with the Nraas mods. For example:

Touching relationship decay could once again be considered a cheat, but honestly I don’t like constant socializing, so I pretty much need to do it so I could even bother playing. Also, I find it very unrealistic how fast those friendships dissolve. I’d be okay with taking longer to build them, if the decay wasn’t so fast.

In the similar way I would like to be able to slow down the body shape changes. No beefcake in one day training and not gaining all the weight back after one or two rest days from exercise. I found some kind of setting for fitness and weight decay, but I didn’t know what the numbers represented, so I left it alone.

Overwatch basically keeps things clean, they fix issues and remove clutter in the game. I didn’t touch its settings.

Returner I initially wanted for meeting stray pets. I really didn’t see any for some reason, not with or without mods. It didn’t work even with this mod, but in the end I used Returner for other settings, so I kept it.

I needed Woohoer to enable same-sex pregnancy option in interaction. Otherwise I pretty much left it alone. I had to actually tune up the requirements for WooHoo-option in the mod, since the mod brought them up immediately, and this game wasn’t about casual sex. I didn’t want to accidentally WooHoo before the first kiss!

Some of the changes I did a bit later on in the game, after noticing some issues or annoyances.